Pride Month - Why Do We Need It? 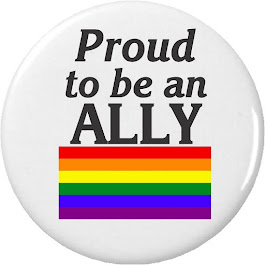 Today marks the beginning of Pride Month, when members of the LGBTQ+ community and their allies gather to celebrate and advocate. To acknowledge the progress as well as the work that still needs to be done.

Some already have complained about the rainbows that will cover many storefronts and be displayed on the logos of sports teams and sold on clothing for the next several weeks. Why do we have to politicize everything? Aren't some businesses just doing this for good PR? Why do we have to make such a big deal out of Pride Month anyway?

I've thought of a few answers to that last question:

Because gay teens are 3.5 times more likely to commit suicide than their straight peers and forty percent of gay teens have seriously contemplated suicide in the past year.

Because too many people don't know about the raids at Stonewall or how Senator Lester Hunt killed himself in the Capitol building when Senator McCarthy threated to expose his son's sexuality or the names Matthew Shepard or Harvey Milk.

Because the word "gay" is still used as an insult at my kids' schools.

Because sometimes the only parental hugs a teen gets all year are from random moms and dads who stand with signs offering "Free Hugs" at Pride Fest.

Because many churches don't allow gay members but divorced men serve as deacons and women who gossip teach Sunday school and obese people sing in the choir and vain leaders preach from the pulpit.

Because my friend's young son was brought to tears the day after the 2016 election when a classmate told him the new president wouldn't let him live with his two moms anymore.

Because there are eight countries where homosexuality is punishable by death and more than sixty others where it's a crime resulting in prison time and/or violent punishment.

Because too many politicians claim that they don't want government interfering in our lives except when they can use their power to control marriage and families and justify discrimination.

Because hatred is borne of fear and fear is lessened when we understand more.

Because it's the responsibility of those with a voice and who speak from a position of safety and privilege to be vocal allies and provide a trusted space.

Because I have LGBT friends from childhood and others I just met a few years ago. I have friends with children who have come out in the last few years. I had students in my classroom who are gay. I cry and get angry when I think that they ever are told they are lesser than or treated poorly or feel scared because of who and how they love.

Because now my daughter has friends who are gay (and I'm sure my son does as well). I'm so proud of her for being an ally and offering a space where she listens and loves and I want to affirm her in that.

Because love wins and that's a victory worth celebrating.

"Love and compassion are necessities, not luxuries. Without them, humanity cannot survive." - Dalai Lama