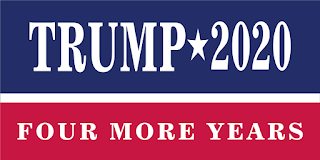 Through voter suppression and/or preemptive court challenges before all of the ballots are counted, Trump may find a way to a second term. While I certainly hope this does not happen, I believe in being prepared for all possibilities and, therefore, I have been trying out a few things that should help me get through the next four years of a continued Trump administration. I thought I would share them with you in case you are wondering what might be required of you. If you have any tips to share, I would love to know yours as well. Hope none of this will be necessary, but we will get through this time together if it happens.

1. I burned a copy of the Constitution in the fire pit in my backyard. In retrospect, I should have done this in my front yard. You want as many people as possible seeing you do things that will make Trump happy. Because word gets around.

2. While out for a walk in the neighborhood with my teenage daughter yesterday, some boy who goes to school with her came up to her and said, "You have such a fine ass! Your breasts could be a little bigger. I'd still go out with you, though." And then he kissed her without warning. I high-fived him and laughed. My daughter looked at me with tears in her eyes and I told her as I shrugged, "Hey, it's just the way guys are. Try not to let it bother you. Besides, he might be your boss someday. Don't make him mad."

3. There are four immigrant families who live at the end of my street, including eleven children. This morning, a four-year-old boy from one of those homes approached my driveway on his tricycle. I screamed at him that he's an anchor baby and I wished his parents would leave. Then, I called ICE on the whole group of them. I mean, I'm pretty sure they all are here legally, but it's good to check just in case.

4. I went on my Google and YouTube TV settings and blocked all "news" websites except for OAN and Breitbart as well as all "news" programs except for Hannity and Tucker Carlson on FOX News. I was told that even the rest of the hosts on FOX News have become crazy and dangerous liberals so to be careful and avoid their lies. I set up alerts to know every time Trump is holding a press conference or rally so that I could gather the kids and watch. I also blocked all NFL games.

5. I knocked on the door of my neighbor with the huge Trump flag. His kids once made fun of my son because his dad doesn't live with him and must not love him and they told him he that we are poor because our house isn't as big as theirs. When this first happened a couple of years ago, I got mad at my neighbor and told him I didn't appreciate the way his kids were acting. Well, now it was my turn to apologize. I told him that my son shouldn't have been such a snowflake back then when he came in the house crying and that his kids only were speaking the truth. Then I asked him where I could get one of those cool flags.

6. I've been meaning to get a new back porch built for a while now. When I heard that Trump just lifted restrictions on the Tongass national forest in Alaska, which is the largest intact temperate rain forest in the world and home to the largest known concentration of bald eagles, despite overwhelming objections from every native tribe and city council in the area, I called my local decking company and asked them to make sure to get the wood from that place! I want to show my support for Trump's permanent destruction of the environment for the sake of a few jobs.

7. My son told me one of my friends at school tested positive for Covid. I invited this kid over and then crammed him and every other kid on our block into our guest bathroom and shut the door. I made them all stay in there for a half hour. I told them I wanted to help out with the herd immunity (or "herd mentality" as Trump calls it) and that they probably would get the virus but be just fine. As they left, I told them to make sure to hug and kiss their grandparents a lot over the next couple of weeks so that they could get immune, too. I only wish my parents didn't live so far away because I would have put them in that bathroom as well.

8. While my son was playing Madden last week, I heard him tell a friend, "I can't stand Trump. Biden better win the election." I yanked those headphones off his head and shut down his PlayStation. I told him he is NEVER to talk badly about Trump again. He doesn't know where his friends' loyalties lie and he could get in big trouble if the wrong person finds out he doesn't like Trump.

9. As we were driving home from church last Sunday, the kids and I saw a black man with a sign asking for money. My daughter asked if we could give him some cash or buy him a meal. I reminded her that the president's son-in-law Jared Kushner said recently that black people have all they need for success under a Trump administration but just don't want success badly enough. So, it's that guy's fault for being hungry.

10. My son cut himself pretty badly on his leg while jumping on slippery rocks in a creek near our home. Over the next couple of days, the cut got worse and the skin around it turned a worrisome dark red color. He developed a fever. I asked my son if he had had sex dreams about aliens recently, because I remembered that one of Trump's touted doctors said such a thing often caused medical problems. When he promised me that he had not had any such dreams, I took him to an ophthalmologist. It still doesn't look any better and now he's really lethargic, but I'm sure he will be fine.

Hope you find these suggestions helpful and that you are able to use them in your own lives! Remember - be careful and be quiet if Trump wins. Don't draw attention to yourself. Don't question.