Come a Little Closer and Cough in My General Direction because the Virus is All a Hoax! 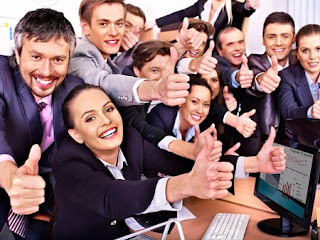 I've been frustrated that people have been hoarding basic supplies like toilet paper and hand sanitizer. I've been worried that my children will forget how to function in an educational environment, as, thanks to a tornado and then spring break and now the corona virus, they have not been in school since March 2 and I do not foresee them returning anytime soon.

But in the past couple of days, what really has disturbed me has been those who have been perpetrating the notion that this pandemic is a creation of the media and the liberals in order to destroy the Trump presidency. The "impeachment hoax" did not work, so now the "fake news" media and the Democrats have to whip everyone into a panic and create fear and collapse the economy. People believe the anchors of CNN are cheering for death and financial turmoil as these things supposedly help their political cause. I have seen these notions posted by multiple people on social media and opinion websites, including by more than one health care provider! Yikes.

Does the media like to build up the hysteria and the call for fear? Of course they do. Are some members of the press biased against Trump? Yup. But, the 24-hour cable networks pedal fear regardless of who is sitting in the Oval Office. Fear gets ratings. Big maps showing how many people are sick in each state demand attention. I guarantee you the corona virus would get the same prime-time attention from Anderson Cooper or Rachel Maddow if this crisis had unfolded during the Obama administration. (Yes, I know, I know - Obama was responsible for thousands of people dying from swine flu in 2009 and no one cared. It's just that a study of disease statistics and of his response efforts prove that claim to be false. And let's not forget how the media led every newscast with - EBOLA!! EBOLA!! and Obama was president then.)

Besides, are we to believe that Nancy Pelosi convinced Italy to quarantine half the country and France and Spain to shut down their museums and bars? Man, she really is powerful! Do we really think the commissioners in college basketball or the owners of professional sports franchises would sacrifice the billions of dollars that are being lost just to make President Trump look bad?

It's an absurd theory and, even worse, it's dangerous. People who want to believe this is all a conspiracy against our dear leader are not taking the threat of this virus seriously and they are putting themselves and others in harm's way. To assert we don't need Lysol but instead need our guns to protect ourselves from the socialists who are using this killer virus to control us? Stop.

However, while not a big hoax planted by the mainstream media, the truth is the corona virus pandemic that hit our shores and quickly spread has revealed President Trump's complete inability to lead and to communicate. Just a couple of weeks ago, he indicated that we had only fifteen cases in our country and the number soon would be zero because he was doing such a fantastic job - a much better job than all those other stupid countries. Whoops. Earlier this week at a press conference, he actually said that he takes "no responsibility at all" for the delay in testing availability. Top characteristic of every good leader? Passing the buck. When he claimed not to be aware of the fact that he disbanded the pandemic team in the federal government a couple of years ago, he told the female journalist who asked him about it that she posed a "nasty question." And then later that day, Trump tweeted about the huge jump in the stock market and stated that he should give press conferences from the Rose Garden five times a day because he is so awesome for the economy. Of course, the big jump was just a rebound after the most dramatic drop in more than thirty years, but let's not worry about the details. And did you see those six-hour waits at the airport today for Americans waiting to be screened upon their return from Europe? That's one big human petri dish. The administration should be proud of that one. It's all been handled so well.

Every word that has come out of Trump's mouth has been to take credit for anything that has gone right (not much) and to assign blame to others for all that has gone wrong. (Thanks, Obama . . . am I right?!) He has treated the containment of this pandemic like a competition, bragging when we have fewer deaths than another country. Or trying to poach German scientists from their country to get their work on a vaccine for ourselves. Or, sometimes, he just lies. Like when he said anyone who wants a test can get a test. Or when he blamed the Democrats' love for "open borders" for the virus entering our country. And I think those lies are just borne out of laziness and a lack of interest in learning anymore about this virus that has gripped our entire globe. I think it bores him and he wishes he just could get back to his rallies. Those are fun and people cheer for him there.

The truth is that COVID-19 is real. The need to practice social distancing and rigorous hygiene is real. The assertion that many more will be infected and die in our country before this peak passes is real. And, the lack of any sound leadership coming from the White House is real. We must rely on state and local leaders, many of whom have stepped into the vacuum of responsibility left by our president, to make the best decisions they can within the confines of their power. We must rely on one another to look out for the most vulnerable, to help the local businesses and workers who are hurting in any way we can do so safely, and to take the individual steps needed not to be a health threat to others.

I feel sorry for the people who think this current threat is a fake one. I really do. It must be difficult to live in a world in which you believe powerful forces are conspiring every day against you and your way of life. But I feel even more sorry for the people they will harm as a result of their misguided blame.
Posted by Sarah at 9:53 PM