I Was Called a Demonic Murderer, So I Went to the Gym 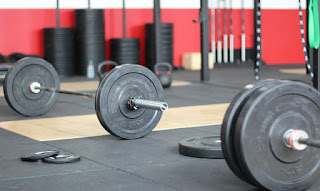 Earlier this month, I wrote a blog post about sneaky (shall we say "swampy") activity being done by my local government in Mount Juliet, TN. I won't rehash the details here, as my original post is expertly crafted by a very humble author. And you can Google my town and "abortion clinic" and find all kinds of journalistic offerings.

Quick summary, though - Abortion clinic arrived. People got mad. The mayor called a special meeting of the city commission on a Sunday night to propose rezoning surgical abortion clinics to industrial areas. The mayor insisted this special meeting had nothing to do with the new clinic, as I'm sure the city attorney advised him that using zoning to target a specific business is illegal. I went to the next regularly scheduled city commission meeting and asked why the special meeting was necessary if there was no specific threat. I got no answer other than I would have to ask the mayor and he wasn't there for the first time in a year. I also got no concrete answer when I emailed my commissioner (just that the mayor asked him to show up for a special meeting and he had no idea why until he got there . . .). And when The Chronicle of Mount Juliet reported on its front page that the meeting was called WITH the purpose of limiting the efforts of the new clinic, I asked the editor if she meant to refute the mayor's claims that he was not targeting a specific business but I never heard back.

This brings me to tonight. The commission met once again and part of the agenda was a second vote on the rezoning. It was approved quickly and unanimously and without discussion. I thought about going to the meeting and speaking up again, as I'm still looking for answers I don't think they want to give. I decided to go to the gym instead. Why? Not because I've given up. Not at all. But I prayed about it and lost sleep over it and asked several friends for advice about it and realized that the members of the commission who smirked at me the last time I showed up don't care what I think. I imagine they know full well that they are not being straightforward with their intentions, but that's OK because they have a majority of constituents who think they are noble and brave for their efforts.

Here's the thing. A cornerstone of what makes American government different and special in how it operates, from the federal to the local level, is that we have a system in place that was designed to protect opinions and people and businesses we do not like. Adhering to the rule of law and restrictions on government power is difficult to do when the consequences are unpopular or you personally find them abhorrent, but that is EXACTLY when it's so important. The Federalist Papers tell us so.

What if one of the commissioners in my city moves to a liberal town in California due to a job transfer and decides he wants to open a church in an abandoned K-Mart because there is nowhere to worship within thirty miles? And then, what if the local officials of this California town, all of whom are atheists, suddenly call a special meeting to rezone houses of worship to industrial areas due to made up traffic concerns that supposedly would happen when everyone leaves service at the same time? Clearly, these politicians are changing the zoning to target a specific K-mart turned church building. And that would be wrong. But, if my commissioner is not willing to do things the right way when it comes to restricting abortion clinics, he would have no leg to stand on if my hypothetical regarding his proposed church ever comes to pass.

When my elected officials ignore established legal precedent, when they decide that limitations on government don't apply when they want to have an activist government to meet their own moral agenda, I get really upset. I stay awake thinking about it. My jaw gets tight. Yes, I realize I'm in the overwhelming minority with this problem.

People who seek office should act with integrity and with a consistent respect for our system. I know . . . how naive of me. But I love our country and its promise and we deserve nothing less.

So I've been asking myself this question a lot this week - how do I best use my frustrated energy? I decided that I should use it to write to people who care about being aboveboard with their politics and want to help. I should use it to talk to my neighbors and to begin the groundwork to bring in new representation. The town has grown in ways that make it unrecognizable from just fifteen years ago, with people from across the country moving here to be a part of all that is happening in Nashville. They bring a diversity of experiences and perspectives to our town and they are not being represented. We all know that voter turnout in local elections is pathetically low. I am compiling a list of determined men and women in my district who are frustrated by what is happening. We are out there. You give us a couple of years to talk to those around us and we will be ready to work with conviction and purpose by the next election in 2022. I'm patient and I have a long and impressive memory.

And, in closing, here is one more reason that I am stepping back and refocusing how I exert my efforts at the local level . . .

Earlier this month, because I spoke out about wanting my government to act with transparency, I was called a "demonic woman who murders babies with poison pills." I don't think I'm possessed by a demon and I'm quite sure that I've never murdered a baby, by poison or any other means. When I made the mistake of engaging this fine gentleman and telling him that my advocacy is not for abortion but for consistent adherence to the rule of law and limited government, he responded, "I don't care how they did it. I'm just glad they did it." When I did a bit of internet research later, the irony that this man had the Constitution as the cover photo of his Facebook page was not lost on me.

I thank this lovely fellow because my exchange with him made me realize that some interactions are going to be fruitless. He is convinced that I'm demonic and he is willing to overlook his supposed Facebook-worthy love for the Constitution when the inconsistency meets his desired end. And, the mayor and members of the city commission also are convinced that they are doing the right thing even though it skirts around the law, when it's actually quite wrong. So, for the sake of personal time that is so scant in my single working mom world and for the sake of that whole "accept the things I cannot change" piece of the serenity prayer, I lifted weights and did so many squats that walking make prove challenging in the morning instead of metaphorically beating my head against a political wall tonight. I made a good choice. It will make me stronger for the work to come tomorrow.
Posted by Sarah at 8:56 PM