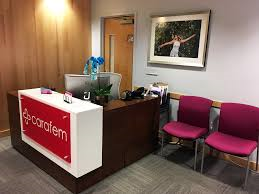 Over the past several days, some shady and depressing business has gone down in my town of Mount Juliet, Tennessee.

Quick background. One month ago, there were no abortion services available in the greater Nashville area. Women would travel to Knoxville or Memphis or even Atlanta for the procedure. This week, Planned Parenthood has announced it will resume the practice at its downtown location and another for-profit abortion clinic called Carafem put its name on a door inside a medical building where I live in Mount Juliet.

What has transpired since then has been disappointing. I write this not as an advocate for abortion. Debating the morality of abortion, while important, is not the point of this post. Instead, I want to focus on the galling way my city government handled its response.

Carafem did not advertise its arrival to our town. The business did not ask for permission from the surrounding residents. However, when word got out that the clinic's opening was imminent, the reaction was swift and passionate. Many people wondered how such an establishment could be allowed within our city limits. In his response to the multiple inquiries, Mayor Ed Hagerty responded as follows:

The city nor the planning commission has no role [sic] in approving/disapproving specific businesses/operations. The city and the planning commission do have a role in approving a new structure. In this case, the structure was approved many years ago and various businesses, many medical related, have come and gone since then . . . Operations of this type do not even need to get a city business license to open. They are issued a license by the state. They then contact the owner of the building and rent space. No one at the city knew about this.

Well, there you have it. A majority of residents in Mount Juliet are appalled by the presence of an abortion clinic in their town, but Carafem moved through the correct legal channels so there's not much you can do.

We are pursuing every possible legal option to stop this "organization" from being in Mt. Juliet. To a man, our city commission is Christian Conservative and will not just "let this happen" without fighting. The question is, "is this the hill you're prepared to die on?" The answer is an emphatic, YES!

You are welcome to conduct a quick internet search of Commissioner Justice and reach your own conclusions about his character. And apparently, if you are conservative but also Christian, then the traditional notion of conservatives advocating little to no interference in private business is moot.

Pastor Greg Locke, who leads Global Vision Bible Church in Mount Juliet and who is a super big fan of himself, posted videos for his 1.5 million Facebook subscribers in which he vows that the abortion clinic will not last on his watch. Locke has quite the devoted following and has received national attention for his inflammatory messages because, like I've mentioned, he really likes himself and touts his own accomplishments . . . because humility as a follower of Christ is totally overrated.

You are welcome to conduct a quick internet search of Greg Locke to reach your own conclusions about his character and watch some of the name calling and redirect he employs. There are plenty of videos from which to choose. Even that fake news organization CNN has noticed him! Lots of people think he's awesome - maybe you will, too!

With the wheels set in motion to oppose the arrival of the abortion clinic by any means necessary, the City Commission held an emergency meeting on a Sunday night. Pastor Locke was invited to speak. The City Commission quickly passed an ordinance, unanimously, requiring all abortion clinics performing surgical procedures to be located only in areas zoned as "industrial general." Yeah, lady . . . the front door to the clinic is over there between that pile of recycled tires and those metal pipes. While Carafem does not offer surgical abortion at this time, only birth control and the abortion pill, its owners have indicated that the office may expand to a surgical option in the future. So clearly, this was an attempt to throw a wrench specifically into Carafem's business before it could get started.

Then, the mayor and all of the city commissioners played dumb. They insisted that the emergency ordinance was not passed with the intention of targeting any particular business, as no business wanting to perform surgical abortions had even applied for a permit with the city. The mayor even said to the media, "I don't even know what business you're referring to." Huh? Abortion clinic? What abortion clinic? Come on.

This is ridiculous, of course, because if this was just another ho-hum zoning ordinance with no targeted purpose, why was it an emergency? Why couldn't the proposed ordinance wait until the next regularly scheduled meeting of the commission on Monday, March 11? Of course the vote was directed at Carafem. But please, play us for fools.

The commissioners even said the measure was passed for the "health, safety, and welfare" of the citizens of our town, but also were emphatic in their responses that the zoning ordinance would affect no other ambulatory surgery procedures other than abortion when people asked if ear tubes for their kids or their upcoming carpal tunnel surgery would be affected. So I want to know - how does restricting only one type of ambulatory surgery to an isolated industrial park show a consistent concern for the "health, safety, and welfare" of our residents?

This effort was clear in its purpose but yet the "brave" elected officials who scurried to hold a meeting danced around being forthright about their goal.

I am sure this story is far from over. There will be lawsuits and protests and fun comments on social media pages like "women need to keep their legs closed" and, in response to the hypothetical scenario of an eleven-year-old getting impregnated through rape, "God doesn't make mistakes." Precious and grace-filled, to be sure.

As a voting and informed constituent, I am angered by the backhanded way that my local representatives have handled the situation. My frustration would be the same if any issue was dealt with this way. Their actions show a lack of respect for transparency and the rule of law. I also am uncomfortable with the notion that we should be cool with government being heavy handed only when its efforts align with our own moral agenda.

And, as a Christian who clings to the love and grace of Jesus, I am saddened by the cruel way others who hold the mantle of Christianity are treating some of our brothers and sisters.  For a town that touts its Christian credentials, we can do better.
Posted by Sarah at 9:33 PM