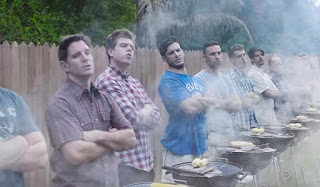 Two days ago, Gillette released a piece just under two minutes in length entitled "We Believe: The Best Men Can Be." It has been viewed millions of times. The short film also has received a great deal of backlash from men who think that Gillette is trashing masculinity.

To the men out there who were offended by the ad, who have proclaimed that they never will buy another Gillette product, I have a question - which part of the piece did you not like?

Was it the part where a young man stops his friend from ogling and catcalling a woman on the street and tells him that such behavior is not cool? Was that offensive to you? I get it. There isn't much masculine about defending a woman's honor, I suppose.

Or, was is the part where a man stands in front of a mirror with his preschool daughter, holds her tight, and tells her that she is strong? I guess that was pretty gross.

Maybe you did not like an actor testifying before Congress and declaring that "men must hold other men accountable." You're right to be upset by that, I suppose. If you hear a dude near you bragging about hitting his woman to keep her in line or detailing his latest sexual conquest with a drunk stranger at a party, you need to stay quiet. That's just "locker room talk" and guys are allowed to do that. It's not your business.

Did it upset you when the dad took his young son's hand and ran to the scene where a boy was being beat up by a group of tormenters? Would you have preferred that dad model for his son that standing up for those weaker than you is stupid? That boy stared at his dad with admiration and respect as he helped the scared child, when really he needs to learn that his intervening dad is a pathetic excuse for a real man. Am I right?

I know . . . you didn't like it when the chant "boys will be boys" was portrayed as a bad thing. Guess what? It is bad. And for two reasons. First, that ridiculous phrase has been used to justify awful behavior for generations. Grab a woman's ass at a crowded bar? Pick on or beat up the kid who looks different or acts different? Oh, well. Boys will be boys! Second, the phrase often is used when male children get rowdy or get filthy in mud while playing outside or leave messes all over the house. But here's the thing. I have plenty of evidence to show my daughter is just as capable of such behaviors. (Corollary point - this is why I never have liked the phrase "boy mom" - what does that mean exactly? And what does it mean if your particular son doesn't fit the stereotype? Your son is very tidy and quiet and his feet never smell bad and he never has played with a Lego in his life. Are you then not a "boy mom"?)

I am a single mom. I spend a lot of time thinking about who my son's role models are as he progresses into manhood. (And, while we are focused on Gillette, I will be looking for volunteers in a few years to show him how to shave.) I want my son to know that "being a man" includes being strong and compassionate and protective of those he loves and respectful and kind. I saw nothing in the Gillette piece that made masculinity out to be anything different than that.

If you haven't seen the short film yet or want to watch it again, here it is. I think it's fantastic.