Thoughts and Prayers and Mirrors 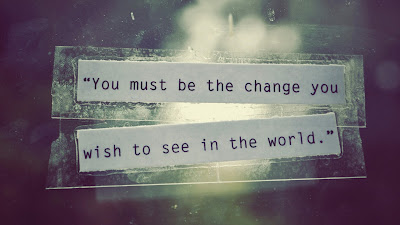 My thoughts are with the bedtime conversation I had with my daughter last night, during which I asked her if she knows what to do if there is an active shooter in her middle school. She does.


My prayers are with those teenagers who had to cower in dark classrooms while gunshots rang out around them and who then saw bodies and heard the screams that will haunt them in the days to come.


My thoughts are with the teachers who stood in front of the gunfire while their students ran to safety, who sacrificed their lives when their intention was only to teach English or coach football. I think of the teachers in the schools of my children and how thankful I am that I imagine they would do the same.


My prayers are with the families who waited outside of the high school yesterday and who never saw their children make it out – those who eventually walked away from the campus in shock and instead today are walking into a morgue to identify their babies.


My thoughts are with my son, who can get angry about not having a dad in the home and who recently has experienced some taunting on his school bus. How do I protect his heart and help him not grow into a young man who feels isolated and violent?


My prayers are with the shooter, but not out of pity or in any way to mitigate the horrendous evil he perpetrated. What a sick and pained mind he must have if he believed that slaughtering a bunch of his peers was the answer. I cannot imagine living in such a depraved mental space.


So, let’s not discount thoughts and prayers. But, let’s also ask some questions. And my first questions are these:


On its surface, perhaps these questions seem silly. How can I, as one individual, counter the finances of the NRA or the negative influence of social media or the constant belittling from school bullies? I will answer that with a story.


Last year, the teenagers in my church went on a retreat and while there, they discussed the love of God as Father. For many young men in our congregation, this is a difficult concept to grasp as they are being raised by single moms and have no example of an earthly father who loves them. One of the parents in attendance, who was serving as a chaperone, stood in the back of the chapel at the end of the discussion and offered hugs to anyone who needed to be held by a dad. These teenage boys stood in line and wept as they allowed themselves to be wrapped in the arms of a father. Some of them never experienced a hug from a dad before. I cry now just thinking about it.


And here’s another story . . . one that doesn’t require the component of faith:


My boss volunteers with a group of men who go into middle schools in Metro Nashville and teach eighth grade boys how to put on a necktie. That’s it. These men talk to the boys about self-respect and how to present yourself to others and help them with neckties. The first time he went, my boss was surprised at how eager the thirteen- and fourteen-year-old boys were to spend time at this event. He expected eye rolls and forced participation. But no . . . because these young men are desperate for that connection.


Now, I’m not naïve enough to suggest that we would have no more school shootings if everyone just hugged more. That’s ridiculous. We do need more gun legislation. I love the Constitution. I read it at least once a year. I think it’s a beautiful document that serves as the cornerstone for the longest-lasting freely elected government in the history of the world. But, the Constitution is flawed. It includes language that proves our country once counted black men and women as 3/5 of a person. It originally stated that you had to be a white man who owns land in order to vote. It was written by men who could not have foreseen the firepower that is available today. It was written by men who just had beaten the most powerful military in the world against incredible odds and wanted to make sure that freedom was preserved by the bankers and the farmers and the blacksmiths who would come after them. I don’t believe the “well-regulated militia” was meant to include psychologically disturbed teenagers with AR-15s in their hands. Other parts of the Constitution have been subject to interpretation and adjustment over time – the Second Amendment should be no different.


So, yes, we start with the demand for our legislative bodies to make some changes. But I’m not going to put the responsibility solely on them (if I ever decide it’s completely the government’s job to fix something, please check my head for high fever). Maybe our elected officials are going to continue on the same course and not do anything. That seems to be the trend after all. If Congress wasn’t moved to action after twenty FIRST GRADERS were murdered, why would we expect different now? Do we just throw up our hands in disgust? No. We continue to yell and to vote and to advocate. But I think we also look inward.


I believe each one of us can affect change without waiting for anyone else to do the right thing. Why are there more school shootings in the last few years even though gun laws have stayed exactly the same? I think a not insignificant reason is that we are becoming more disconnected from each other all the time. We live through our electronic devices. Our teenagers are now more comfortable texting one another than having actual human conversations and they place their happiness in the number of “likes” they get or how their lives compare to what others are doing on Snapchat. We don’t know the names of our neighbors, let alone the joys and struggles of their lives. We don’t invest in the lives of troubled kids with our time. Or, at the very least, we don’t bother to report to the right authorities a kid who we think may become a problem, because we assume someone else will do it. When a dad walks out, we aren’t always there as part of the community waiting to walk in. We don’t look for the person sitting alone and start a conversation. We don't look people in the eyes. We don't get off the phone when standing in front of a cashier and buying our groceries. We read and watch and listen to people who look like us and think like us, because that's comfortable. We have built millions of little bubbles around ourselves and our families.


Let’s hashtag #GunControl and #Parkland. Let’s retweet the statistics about the number of school shootings and the level of gun violence in our country compared to others. Let’s make phone calls and work for candidates who have good ideas for real and meaningful reform. Let’s tell Congress that it’s ridiculous that I cannot take shampoo on a flight because there was one unsuccessful attempt to blow up an airplane with liquids over a decade ago but absolutely nothing has been about the fact that over 100 kids have been killed in school shootings in the past FIVE years.


But let’s not stop with the righteous anger at what others are refusing to do. Let’s also look at ourselves. No, it’s not our job to fix the problem, if that’s even possible. It’s not our fault if (when) another school shooting happens. I’m not claiming any of that. But while waiting for others, we can do something, too.
Posted by Sarah at 4:07 PM