Notre Dame Walkout is Part of the Problem 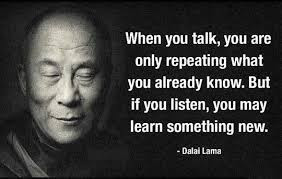 As I've written on numerous occasions, I am no fan of Donald Trump. I think he is an awful and embarrassing president and nothing he has done since January 20 of this year has altered my opinion. In fact, his actions and words and tweets have served only to magnify how I feel about him. I still expect his time in the Oval Office to be short, as I believe he will get bored and/or irritated and resign. And that's fine with me. In the meantime, I will continue to wince every time I see a Trump sticker on a car and I will vote enthusiastically against any Republican who endorsed Trump and thinks he is awesome.

I also don't care for Mike Pence's policies or redirect or willingness to play a supporting role in the World of Trump. I think he's less likely than Trump to make the world blow up, so I guess he's got that going for him.

All that being said, I was disappointed to see that a (small percentage) of Notre Dame students chose to walk out during Vice President Pence's commencement address over the weekend. Yes, their act was one of free speech and I never would suggest the students don't have the right to protest if they wish. I am sad, however, that this act represents the much larger problem (on college campuses and beyond) of people not wanting to hear opinions different than their own.

Last month, Ann Coulter (who, my free speech allows me to say, is a below average writer and someone who earns a lot of money by expressing intentionally incendiary things but never really anything of substance) had to cancel a speech at Berkeley because of THREATS OF VIOLENCE. The students were so incensed at the notion of hearing words they found offensive (even though this was a speech that none of them was being forced to attend!) that some had intentions to harm her and/or property. Berkeley - a progressive campus of open expression and dialogue, as long as you are on the left! I don't agree with Coulter on much, but she was spot on when she noted that her cancellation was a sad day for free speech.

College campuses should be places where you hear things that enlighten and educate you, but also offend and anger and sadden you. If my children do not experience all of those emotions during conversations in college, I just don't want them to go at all.

The same problem exists beyond the lawns and classrooms of our institutions of higher learning. On both the left and right, it seems that we increasingly are seeking out the news sources and opinion writers who align with our point of view and, in doing so, become more resolute in our positions. Anyone who dares to purport a different perspective is buying into "fake news." We don't have civil conversations with one another anymore . . . we attack each other in all caps in comments sections or by posting ridiculous memes that pass for actual political thought.

I believe there are three primary things to be gained by listening to someone with whom you strongly disagree. First, you may have your own position reinforced. Great. Second, you may learn to look at an issue from a different angle and find your own conclusions changing a bit. That's great, too. And lastly, you bring some humanity to the situation. It's much harder to dismiss someone as stupid or evil for holding a certain opinion or voting a certain way when you are sitting at a table with him or her or when you have to look people in the eyes instead of through words on a computer screen. And recognizing someone's humanity takes a lot more maturity than dismissing them or labeling them as "other" and leaving it there. Oh, I know it's difficult to find the humanity in some people . . . but that's what makes the concept of "they go low, we go high" so challenging and important!

I tell my children as often as I can that I expect them to listen to and do their best to understand all sides of an issue and then they are welcome to reach any conclusion they wish. My daughter and I already have some differing political opinions and I love that! 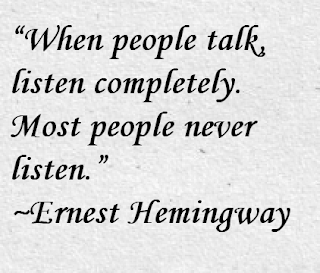 (Side note - I love the show United Shades of America, hosted by Kamau Bell on CNN. Check it out if you haven't. In this program, Mr. Bell sits down for conversations with people across the political and racial and religious spectrums. He has the in-depth discussions that we are sorely lacking in our society.)

So, back to Notre Dame. I love our Constitution and the rights afforded to these students (and the faculty members who applauded them) to do exactly as they did. I just wish they hadn't. These graduates will spend the rest of their lives hearing opinions they do not like but tuning them out will not make other viewpoints go away. I've been to plenty of events at which I did not agree with the speaker. I listened to every word. Sometimes I didn't clap. Or I sat while everyone stood at the conclusion of a speech. But I listened. By walking out in the middle of a ceremony, the graduates, from my perspective, were saying silently, "Look at me. Look at how much I don't want to hear Pence. Are you looking at me? Because that's what I want. I want my ideology noticed and reinforced."

But you know what? This post isn't just empty words on my part. I've thought a lot about what happened over the weekend, but I'm still willing to admit my conclusions may be wrong. And I would love to hear from you if you have a different viewpoint to share!
Posted by Sarah at 11:23 AM