Yea for Smart and Healthy Girls on Bikes! 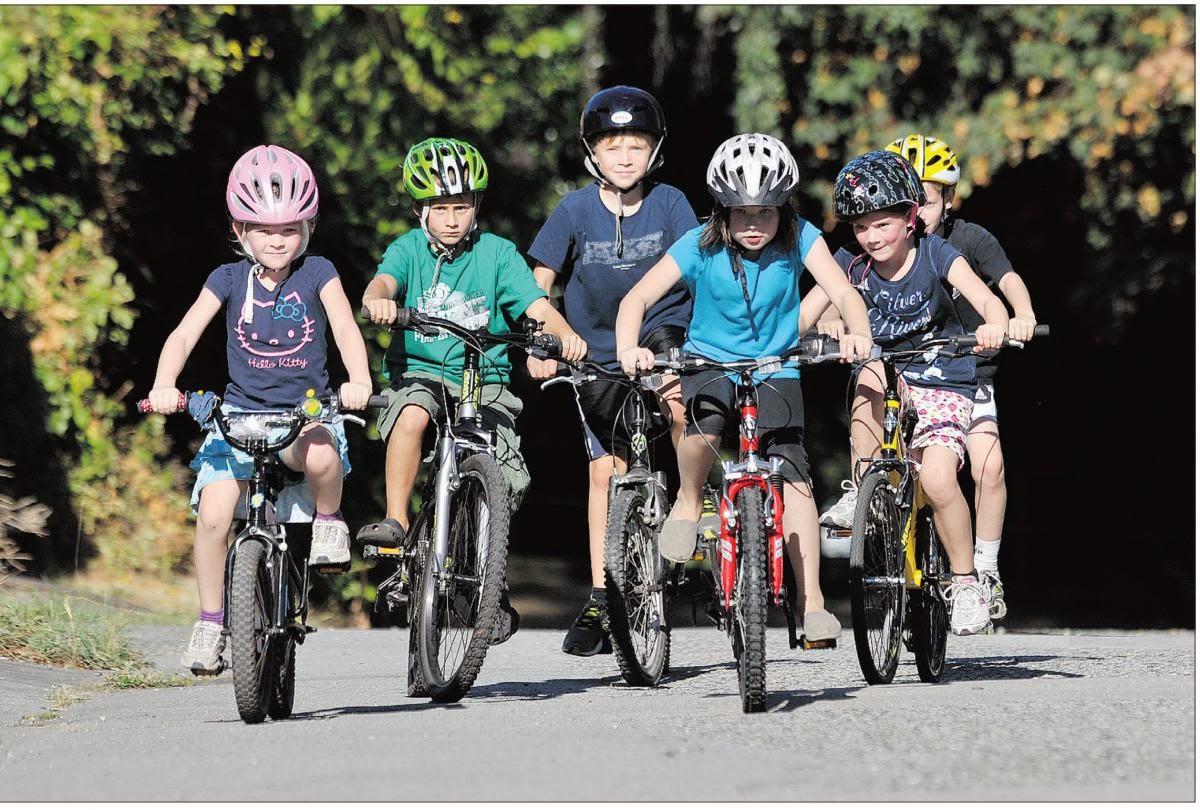 Why is a feared child abduction attempt one of my favorite stories of the week? Please read on.


It all happened yesterday. Two nine-year-old girls were riding their bikes to school in Franklin, TN, just south of Nashville. A middle-aged man in a car stopped and asked if they knew where they were going and if they wanted a ride. The girls took off in the other direction and returned home to report the incident to their parents. The police were notified and community bulletins spread over social media. Extra law enforcement patrolled the area. Then, the next morning, the man in question flagged down an officer to share that he was the guy who talked to the girls. He is the parent of another child at their school. He had just dropped off his kid and said that the girls appeared lost so he stopped to ask if he could help. No evil intentions. Just a dad looking out for other children in his community. The police say there is no reason to fear.

1. The girls were riding bikes to school. I hope plenty of other kids at that school get on their bikes every morning as well. What a great way to start the day! Two friends getting some exercise and fresh air and probably having a fun conversation. While my daughter rides the bus, there is a shortcut behind our neighborhood that would make for a quick ten-minute walk to school. If I knew she would encounter plenty of other kids along the way, I would be perfectly fine with her walking to school in the morning with friends. The only thing that is not safe about my girl walking now is the lack of other walkers. What if she got hurt (because the girl likes to run and jump from high places)? Or, on the incredibly rare chance that someone in the area did have ill intent, the likelihood of anything happening is greatly reduced if my girl is not walking alone. Safety in numbers! And, finally, it’s just not fun to walk alone! I walked to and from school from kindergarten through eighth grade, and those chats with friends as we walked down the sidewalk (or through apartment complexes . . . or paths in the woods . . . there were several routes) were some of the best moments of my day.


The girls did the exact right thing. Let’s give our kids (collectively . . . the kids who live among us) some credit. We have taught them well in school and at home and most humans are equipped with basic common sense. They didn’t know this guy. His questions made them uncomfortable. They took off and informed their parents. Perfect. The girls were able to offer a fantastic description of the man and the car he was driving. I have told my children that they are allowed and encouraged to talk to strangers, because most people are awesome and interesting, but they are never allowed to get close to a stranger in a car and they are never to go anywhere with someone they do not know, for any reason. I hope my kids would have responded in the same way that these two smart girls did.

3.      The police and community did the exact right thing. When a man unknown to children in your neighborhood approaches and offers them a ride (probably not the wisest move on this dad’s part, even though his intentions were good), get the word out and have as many eyes looking as possible. The homeowners’ association and local police department sent out tweets and Facebook updates and alerted the TV stations. We all should be looking out for one another, and that is what happened here. In today’s world of social media, we can have an impressive neighborhood watch set up in minutes. Most of the time, the concern will be a false alarm (as it was in this case and with the boy in Spring Hill, TN a few months ago whose disappearance led every news story for several hours until he was found hanging out at a Papa John’s). But it’s nice to know we can communicate with one another when needed.

I hope that these girls continue to rides their bikes their school. I hope that other kids will hear about the story and think, “Hey, I want to ride my bike to school, too!” I hope that too many parents don’t say, “Yeah, but it could have been someone bad. Those girls shouldn’t be allowed to ride to school without supervision and they are lucky it didn’t turn out horribly.” I hope that the men and women who used awful words to describe these girls' parents in the comments section of local news articles (I know . . . a dangerous thing to read), such as "dumb ass" and "irresponsible" and "crazy" will pause and have second thoughts about condemning people who did nothing wrong.

Here's to all of the kids hopping on their bikes and heading to school each morning! Be aware of your surroundings, make smart decisions, but also trust that you are usually quite safe (except for those parents speeding through the school zone . . . watch out for them!). May you be trendsetters and soon be part of many kids pedaling to class and may your school need to buy more bike racks. May many other peers lace up their sneakers and join you on foot and benefit from that cardio movement and oxygen filling the lungs that will make for a great day of learning! May all of us continue to care about every child in our community, working collectively to build safe neighborhoods for them to grow, have fun, run and skip and laugh and play, learn when to trust and when to be wary and enjoy the benefit of knowing that the world is mostly a nice place with good people.