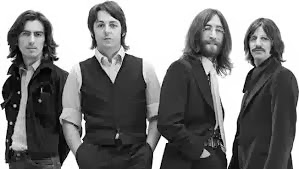 My first musical memory took place when I was three years old. My mom was a cellist with the National Symphony at the time and for some reason on this day I was sitting out in one of the seats at the Kennedy Center during a rehearsal. The violins started to tune and warm up and I thought it was the most awful sound ever. It was terrifying. Even now when I go to the symphony, I have a brief moment of leftover childhood fear when the concertmaster first stands to lead the orchestra in a final tuning.

My second musical memory is of the Mitch Miller Christmas album. My neighbor Carrie and I discovered it in 1979 and played that record over and over again well into April. "Who's got a big, red cherry nose? Santa's got a big red cherry nose! Who laughs this way, 'Ho, ho, ho'? Santa laughs this way, 'Ho, ho, ho'!" Classic. I now have that brilliant compilation of musical craftsmanship on CD and my holidays are not complete without a rousing rendition of "I Saw Mommy Kissing Santa Claus" prominently featuring the accordion.

My third musical memory, and the point of this post, happened when I was six years old. It was 1981, and I discovered my dad's Magical Mystery Tour album. That was it. I was sold. It did not take long before I had every song memorized -- "I Am the Walrus," "Hello, Goodbye," "Fool on the Hill." My sister and I made a cassette tape of us singing along to the entire album. "You've got an invitation . . . To make a reservation . . ." Even at that young age I thought the complex arrangements were really interesting and I felt the emotions in the lyrics. I was hooked and wanted to know more.

When I was nine years old, I taped a Beatles documentary from PBS onto our Betamax recorder and watched it countless times, always having to fast forward through the breaks for the pledge drive. I developed a crush on the Beatles' producer George Martin, who was featured quite a bit in interviews for the movie. I even watched the unfortunate film Give My Regards to Broad Street (1984) multiple times because it was the brainchild of (and starred) Paul McCartney and also featured Ringo Starr.

In seventh grade, I earned a spot in the Dwight D. Eisenhower Middle School talent show and played a medley of Beatles tunes on the piano -- "Yesterday," "Here, There and Everywhere" and "Strawberry Fields Forever." The response from my peers was polite but underwhelming and not nearly as loud as the applause received for the dance acts that took to the stage to go-go music both before and after me. But I was OK with that. I got to be on a stage and play The Beatles.

In high school, my Beatles record of choice was Revolver. "For No One" features a French horn solo, which was amazing for this horn player. "Tomorrow Never Knows" is insane and still twists my stomach in a good way when I listen to it. In college, it was Sgt. Pepper. I would sit on my dorm bed with my eyes closed and listen to that album from beginning to end (along with lots of Indigo Girls and Sarah McLaughlin . . . I attended the Lilith Fair more than once). In 1998 I went to Liverpool and on a guided bus tour led by a woman who was easily in her forties but I believe was convinced she was thirteen and that John Lennon was coming back for her. As part of the tour, we got to visit the Cavern Club. I got to stand where The Beatles started. Wow. On my wedding day, my dad and I danced to "In My Life." When I got divorced, I sat down on my couch and listened to "Let It Be."

So, those four guys have traveled with me through every stage of my life. They got me thinking about silly preteen crushes, politics, religion, war, peace, sex, drugs, friendships, growing up, growing old. I love them. And even though today we are celebrating a pop culture event that took place eleven years before I was born, I'm still super excited about it.

Thank you John, Paul, George and Ringo for 50 years of your music in America! Tonight I'm going to play some of your timeless music for the first time for my kids . . . starting with Magical Mystery Tour.