One Year to Go 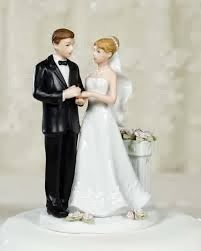 In the first days following my divorce, one of my very best friends--a woman who has sat for hours and talked me through many, MANY difficult moments but who also makes me laugh until my stomach hurts every time I'm with her and who was by my side when I gave birth to my son--said to me on several occasions, "You know you'll be remarried in five years." She was certain of it. I can still picture her looking me in the eyes and saying it. At that time, when I was just trying to get through one hour at a time, five years seemed too distant to comprehend. So, I just nodded my head in agreement.

Although this friend of mine is one of the wisest women I know, I'm afraid she likely was wrong on this one. With the four-year anniversary of my divorce papers being signed by a judge coming to pass last week, saying "I do" by her forecasted deadline is not going to happen. I'm hoping she didn't put any money down on my imminent nuptials in Vegas.

I've been on two dates in the past four years. Two. One was with a guy who spent a lot of time talking about his awful ex-wife. Fun. The other guy said during dinner that he lets his kids play lots of video games during the summer because it's easier than listening to them whine about being hot. Done. I'm not sharing this information about my lack of dating to embarrass myself and make the declaration that I'm "un-dateable" and destined to be single forever. I don't think either of those things is true. I think I'm rather fun and smart. And I believe that if I did not have children, or at least did not have them all the time, my social life would be different. I'm just not sure how having a boyfriend (which seems like such an odd term for someone in her late-thirties to type) or even just dating is supposed to fit into my life. Where is the time for that? Where is that supposed to fall on the list of priorities?  How do I get to know someone who would need to be in my life for months before I would consider introducing him to my kids? I have friends who have become divorced or widowed since I returned to single life who already have found new relationships or remarried. So, I know it must be possible.

The first year and a half, I understandably had no interest in dating. I was pregnant and then caring for a newborn, in addition to a preschooler, and the notion of making sparkling first-date conversation after not sleeping for weeks and running around with two kids all day seems absurd. Besides, regardless of post-natal circumstances, I knew that I would not want to date anyone for a least a year to allow myself time to process what had happened in my marriage and also out of respect for the transitions that my daughter already was facing. She was suddenly in a single parent home with a new baby brother. Boom. That's a lot to handle.

Since that time, life just kept moving. Days turned into weeks and then months. I got up, got kids ready, went to work, got kids home, made dinner, put kids to bed, cleaned the house (kind of), slept for a few hours (kind of). Repeat. It became all too easy for that grown-up part of me to disappear. There is office Sarah and there is mom Sarah. That's it. (With the occasional night out with the girls thrown in for at least a bit of balance . . . I do have some fun!) To an extent, I suppose I've let that happen. And I'm not alone. I've met other single moms who go years or even decades going through the motions and not realizing how quickly so much time has passed. My kids have quite a few friends at their schools who live with single moms and we've had conversations about the feeling of just treading water through each day.

Who knows what 2014 will bring? I'm open to all possibilities. Maybe my situation will be much different at this time next year. I'll start chatting with a single guy from high school or college on Facebook (I need more than one hand to count the number of people I know who are in relationships right now due to Facebook reunions). Or a friend will say, "Hey, there's this single dad I know . . ."  Or, perhaps it won't be that I find another relationship until the kids are older. Or maybe I'll pitch a new reality show to Fox entitled "Help! Find Me a New Man Before I'm 40!" Something catchy like that. Or maybe I will be single for the next fifty years and I will travel and enjoy wonderful friends and write a best-selling book or two. We'll see. But the point is, for now, the one forecast for my personal life that I remember being told to me so vividly during a period that now otherwise seems so (thankfully) far in my past and dim in my memory banks will not be proven true. And that's OK. I know there's a plan for my life, and it's unfolded in a pretty fantastic way so far, even though some curves in the road made that hard to see sometimes.

While I am thinking of it, my dear friend is rarely wrong and probably met her error quota for the decade. I should ask her opinion on the upcoming BCS Championship game . . .